Terry Hawkins and his wife Tawnya were traveling from Southwestern Colorado to Trout Creek, Montana. Attached to their Ford F-350 was a sled deck and two ATVs, both secured with a Mac’s Utility Pack. 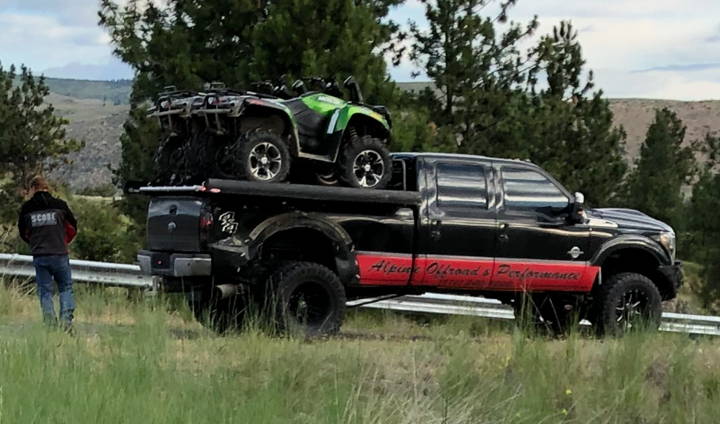 About 950 miles into their 1,000-mile trip, traveling at 70 mph, Terry saw out of the corner of his eye an elk coming from over-top an embankment directly toward the interstate. Unable to swerve into the opposite lane due to oncoming traffic, he needed to make a split-second decision: hit the gas or hit the brake.

Terry hit the gas but was unable to avoid contact. The elk slammed into the truck just behind the cab, directly impacting the right-front corner of the sled deck with its head. The impact killed the elk but not before caving in the truck’s bed-side, ripping off the rear fender and almost detaching the sled deck. 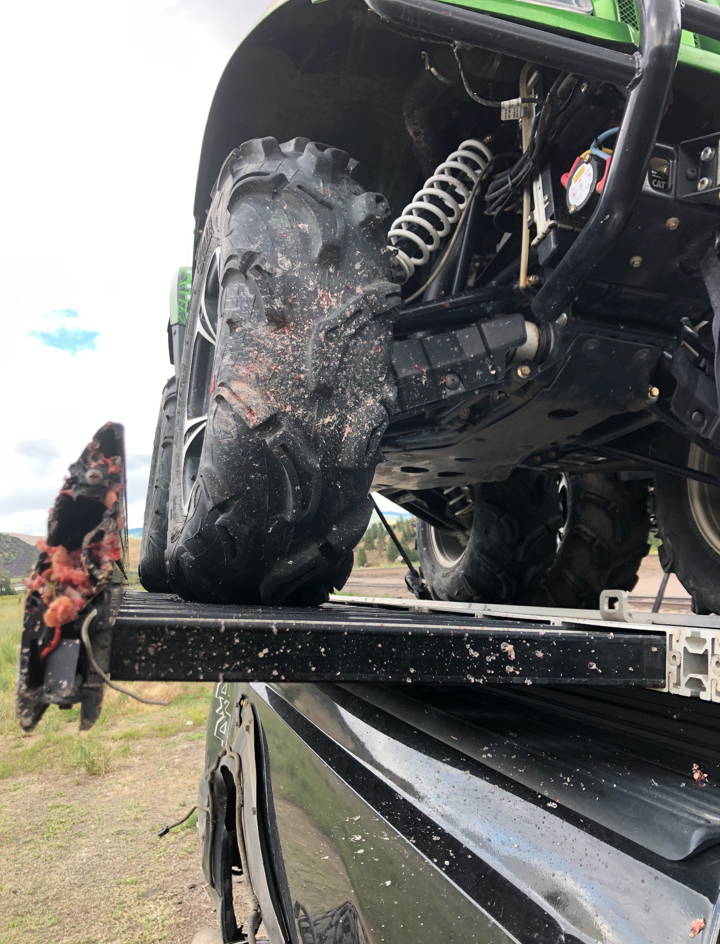 Because of proper tie-down equipment, the ATVs stayed secured to the sled deck and did not move at all. Terry and Tawnya were uninjured, and able to complete their trip to Montana.

Find out why the best-of-the-best stick with us. Get in touch today.